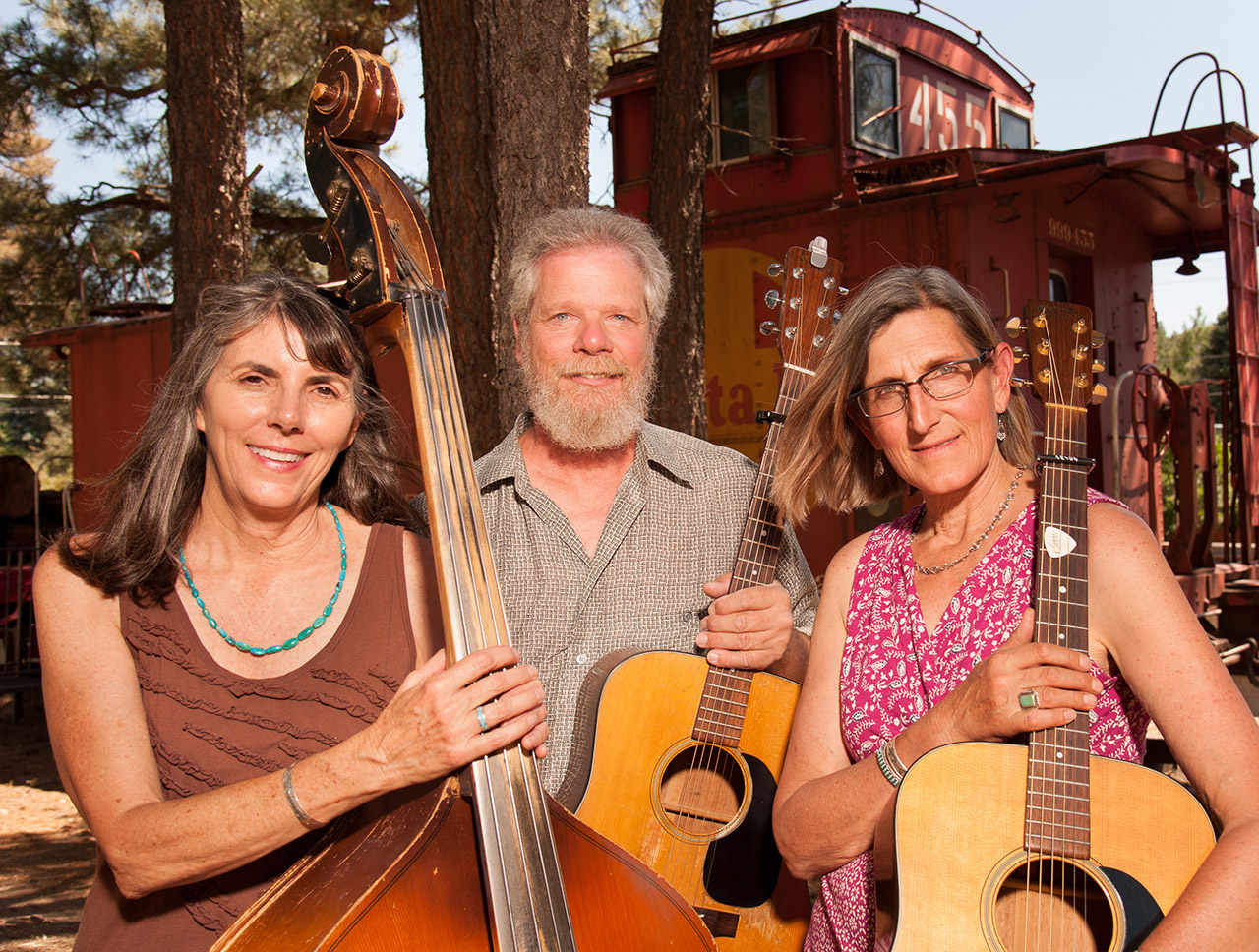 Since 2016 the Elkhorn Ranch has hosted a week in January inspired by the tradition of old time music where friends gather with their fiddles, guitars, banjos, mandolins, spoons for rhythm and the like around the fire, on the porch, or in the long house to make music together.

This year we are excited to explore and share a new direction of traditional music with some down-home Bluegrass! Our musician pals will also play some good ol’ country music, folk songs, and both familiar and obscure cowboy ballads. Due to travel and health restrictions, we will miss Sandol, Rory and Bill, but welcome The Blue Moon Trio and some of their famous bluegrass pals (Alvin Blaine and Peter McLaughlin) who will be joining them during the week.

Enthusiasts of all levels are welcome to join in – bring your instrument! Small group or individual lessons take place most afternoons. The jam session after supper will be replaced with small group ensembles sharing tunes. All music will take place outdoors!

Your guest ranch vacation rates include all of your food, lodging and riding ~ with tax and 15% gratuity added. There is no extra charge for the workshop. You can see rate details here.

To make arrangements or check availability, call +520 822 1040 or send us a message via our contact form. We’ll ask you to send a registration form and 25% deposit to confirm your reservation. 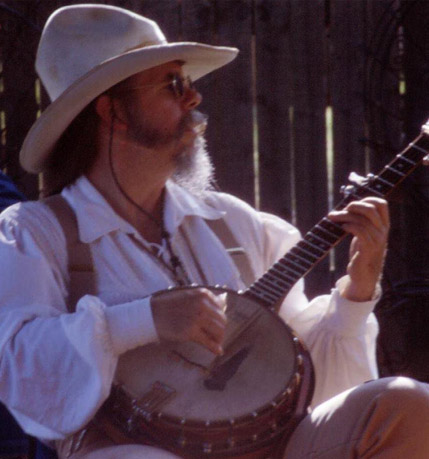 Alvin Blaine’s career took off after performing Wildwood Flower for his dad at age 5. Up to that point, Dad had prohibited the kids from playing any of his many instruments that graced the living room of Alvin’s childhood.

Since then, as a multi-genre, multi-instrumentalist musician, Alvin has performed in countless bands as a treasured and skilled sideman. With 25 years in Las Vegas as a professional lounge musician, he played everything from cowboy swing to jazz, blues and country standards. On pedal steel, dobro, banjo, guitar and mandolin—basically all things with strings, Alvin is a truly gifted musician and a delight to jam with.

Alvin also owned 9 horses at one time, cowboying, and entertaining dude and dudettes alike with down home music.

We are so excited that he is available to join our group of talented friends for a week of campfire camaraderie and song. 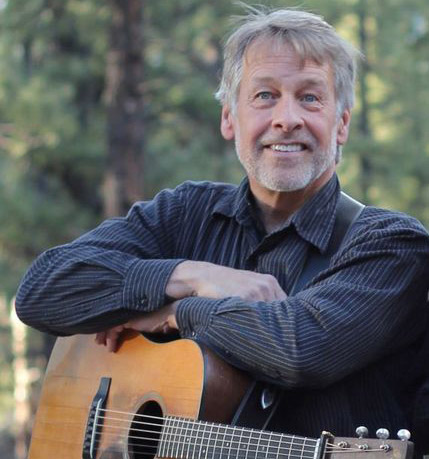 Peter McLaughlin is an acclaimed acoustic guitarist, songwriter, vocalist, performer, recording artist and music instructor located in Tucson, AZ. He plays many genres and styles, and specializes in acoustic flatpicking and fingerpicking techniques. He was born in Washington DC, and his family’s roots are in Scotland and England by way of Virginia, West Virginia and North Carolina. Early on, his parents, Bill and Nancy McLaughlin, brought music into the lives of Peter and his brother David. They were introduced to all types of music, had a family band, and were surrounded with love and encouragement.

Peter’s current band, The Sonoran Dogs, was formed out of a tour with the late Japanese guitarist, Maro Kawabata. The “Dogs” continue to perform regularly at various festivals and concert venues. Their first CD was released in 2014 on Dog Boy Records. In 2013 Peter was inducted into the Tucson Musicians Museum.

Our goal at the Elkhorn is to create a welcoming and relaxed space where you can enjoy a common interest or passion (for when you’re not riding or hiking). If you’ve ever dreamed of playing music with other people, this is a low-key friendly opportunity to give it a whirl!